Musketeers General Manager, Andy Johnson, says, “It’s an opportunity to better evaluate the 30 players we’re inviting to fall camp. It’s also an opportunity for our staff to see our competition in our own building while showcasing our community and allowing our fans to see some great hockey in the preseason.”

Sioux City Head Coach, Luke Strand, echoed Johnson’s comments by saying, “The USHL West Preseason Shootout will give spectators, sponsors, scouts, and fans a great preview of our conference. The early look at all the West teams will make for a special slate of games all at the Tyson Events Center.” 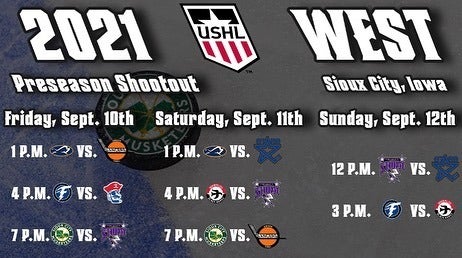